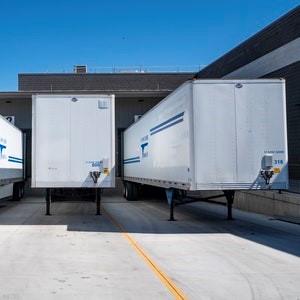 Increasingly, families are leaving their tight spots in the city to look for more space. This can be seen from the statistics of Statistics Netherlands (CBS). The municipalities around the cities are becoming more and more popular, especially for young families with small children. These municipalities offer many more options at a realistic price. A garden is very popular for young families, but this is not feasible for the average family when they live in the city. The relocation behaviour is mainly reflected in highly educated families from the following cities: The Hague, Amsterdam and Utrecht. This behaviour also says something about how the Netherlands is backtracking after the difficulties during the crisis years.

The Netherlands gets the upper hand in the fight against the recent crisis
The average Dutchman struggled for years after the crisis of 2008. The result of the crisis was a deterioration in the housing market. Families were uncertain about their future and therefore took no risks. It was safer to stay in the same place. In some cases it was practically impossible to sell a house. Nevertheless, the Dutch economy is recovering steadily. The housing market is also recovering from its low point. As a result, families fill the moving boxes and prepare themselves for a new chapter in their lives. Check : Verhuisbedrijf Den Haag

Continuing to live around the city
The moving behaviour of the young families is that they mainly move to the surrounding towns and cities. The children are often still young so it is easy to move there. When the children already go to school it is often more difficult to move or the children have to go to a new school. However, this step is often not good for the children themselves, they are often just used to their friends.

The main reason to move out of the city
The most common reason families move out of the city is due to a lack of space. Nevertheless, families continue to live close to their city because of work, for example. In many cases there is also simply love for the city. However, this love must make way for the need for space. It is possible to get a much larger house outside the city for the same price. This will also make it easier when the parents have plans for the future, think of more children. In addition, they need to worry much less when their children are playing in the streets. Finally, there is often enough space to park, something that is often impossible in cities.

Tips for moving house
When there is a move in front of the door it is good to make it run smoothly. First of all, a planning will be necessary to have all tools and helping hands available on time. Tools for a move will mainly be moving boxes, but also bubble wrap or wrapping paper will ensure a safe move. By packing your belongings well they will not be damaged.

So there is a lot of movement in the wanted places for movers and especially space plays a big role in this. This also results in prices in the cities and/or villages with more space rising.

© Copyright I Love That Blog All Rights Reserved.